Stop the Housing Tax for Transportation

Congress is considering a proposal that would create a tax on all potential homeowners and consumers looking to purchase or refinance a mortgage. This proposal, scheduled for consideration on October 22 by the House Transportation and Infrastructure Committee, would use Fannie Mae and Freddie Mac’s credit risk guarantee fees (g-fees) to fund the re-authorization of federal surface transportation (highway) programs.

By increasing Fannie Mae and Freddie Mac’s credit risk guarantee fees (g-fees) to fund transportation programs, Congress would disturb the housing recovery. Now is not the time to raise the cost to purchase or refinance a home.

NAR strongly believes that taxing homeowners to pay for transportation programs places an unnecessary long-term burden on consumers and this action will disproportionately impact low and moderate income borrowers, as well as first-time homebuyers.

Windermere in the News – November 2014

The Windermere Real Estate Company has been featured in many social media avenues over the past few weeks! Here are a few articles that I'd love to share with you.  I'm proud to work for such a driven, creative, professional company that cares about our clients and community. Plus, our real estate market is healthy! 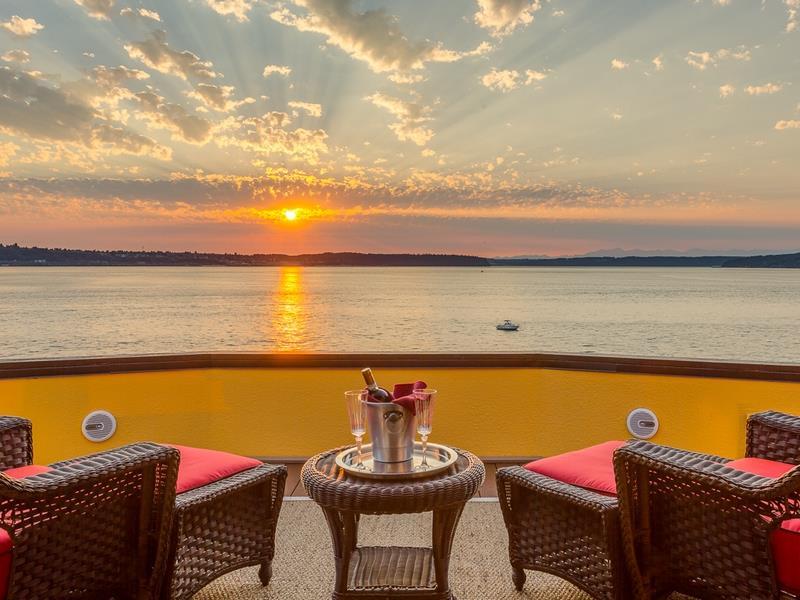 Probably one of the most beautiful, expansive condos on the Eastside. And available for sale for $6 Million.
http://seattle.curbed.com/archives/2014/10/10000-main-st-bellevue-penthouse-condo-for-sale.php

One of Lake Washington's most unusual houses:
http://www.king5.com/story/entertainment/television/programs/evening-magazine/2014/09/23/medina-real-estate-windermere-home/16080227/

We are blessed to live in Seattle. Surrounded by big business like Amazon, Microsoft, Costco, REI and Google. As Kemper Freeman continues to develop in Downtown Bellevue, Canadian Developer Nat Bosa continues his two tower condo project "Insignia" in Belltown, and South Lake Union gets developed to accomate the new Amazon campus, it's important (and enlightening!) to keep tabs on our Seattle/Eastside Real Estate market — and the National market, too. The Seattle Times just released the following article:

Americans bought homes in October at the briskest pace this year, a sign that the sluggish housing market is turning around. Sales of existing homes rose 1.5 percent to a seasonally adjusted annual rate of 5.26 million last month, the National Association of Realtors said Thursday. That's up from a revised pace of 5.18 million in September. October marked the first month in 2014 when sales increased compared to a year ago, registering a 2.5 percent gain.

Still, the Realtors project that 2014 sales will fall below 2013 levels. "Continued gains in existing home sales are going to be difficult," said Ted Wieseman, an analyst at Morgan Stanley.

Home sales slumped through much of 2014 after a three-year rally in the wake of the recession and the implosion of the housing market. Harsh winter weather crippled sales at the beginning of 2014, just as tight credit, rising home prices and essentially flat incomes increasingly limited the number of buyers who could afford a home.

At the same time, investors are backing off properties to either rent out or renovate and resell.

Over the past 12 months, the share of homes being bought by investors has slipped to 15 percent from 19 percent, according to the Realtors. As the real estate market has mended from the recession, the opportunity has eroded for investors to profit from buying homes at steep discounts.

Just 4 percent of the single-family houses sold in the third-quarter were flipped by investors, who frequently bought distressed properties on the cheap, fixed them up and put them back on the market, according to a report released Thursday by housing data firm RealtyTrac.

Flipping accounted for 5.6 percent of sales during the same period in 2013. Its share nearly reached 10 percent in 2012.

Not counting renovation costs and other expenses, investors made on average a 36 percent return $75,900 on each home they flipped. That profit margin fell from 37 percent last year. But unlike recent years when flippers bought at a discount and sold the homes at a discount compared with the broader market, sales are now at a 6 percent premium, suggesting that their repairs are more extensive than in the past.

"The flippers aren't just slapping on a fresh coat of paint and rolling out new carpets," said Daren Blomquist, vice president at RealtyTrac.

Median home prices rose 5.5 percent over the past 12 months to $208,300, according to the October sales report.

The time on the market is also steadily increasing. It took 63 days on average to sell a home last month versus 44 days in June during the height of the summer buying season.

October sales improved in the Northeast, Midwest and South compared to the previous month, but purchases declined in the West.

The uptick in activity caused the inventory of homes on the market to slip to 5.1 months. When the supply of homes for sale falls beneath 5 months, it usually signals accelerating price growth.

Home prices have been increasing at a much faster clip than incomes, hurting affordability and causing sales to drag. Prices increased 5.6 percent in September compared with a year ago, real estate data provider CoreLogic reported. While the pace of appreciation has slowed this year, it still is almost three times greater than the approximately two percent increase in average wages tracked by the Labor Department.

Lower mortgage rates in recent weeks have improved affordability, though sales have yet to rise substantially. Average 30-year mortgage rates have been hovering around 4 percent, down nearly half a percentage point since January.

Still, other reports suggest that home sales could improve in 2015.

The National Association of Home Builders/Wells Fargo index rose to 58 this month, up from 54 in October, a sign that sales of newly-built homes should continue to improve over the next six months. Readings above 50 indicate more builders view sales conditions as good rather than poor.

Separately, the Commerce Department reported Wednesday that applications for building permits rose 4.8 percent in October to 1.08 million, evidence that construction activity could increase next year.

Thank you for your inquiry.